(Entry was posted by Edwin Jonk on this post in the Dumb SEO Questions community on Facebook, Tuesday, December 2, 2014).

a rather limited ad hoc analysis; partly because the number of.Berlin domains is still relatively small and because very few of the new gTLDs are currently represented in search results.

But it is the first I have seen...

Did you check to see if any of the new .berlin websites had previously been published and ranked? Presumably many of these sites had been on .de .com etc, so where did the previous domains rank prior to moving over to .berlin?

It would be great to know a little more about the methodology, and how the claim "gTLDs rank better, at least for local searches" can be supported? 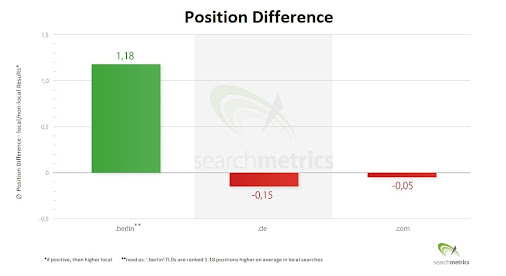 Will gTLDs help you rank higher in search results?
Econsultancy
The range of generic top-level domains (gTLDs) is expanding to include new options such as .Hotel, .RealEstate and .Berlin.
This question begins at 01:19:12 into the clip. Did this video clip play correctly? Watch this question on YouTube commencing at 01:19:12
Share on Twitter
Share on Facebook
YOUR ANSWERS