(Entry was posted by Martin McGuire on this post in the Dumb SEO Questions community on Facebook, Thursday, November 9, 2017).

Example of schema markup (json-ld) for an award 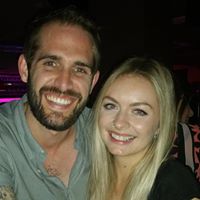 Hey guys, I`m looking to get a good example of schema markup (json-ld) for an award. It`s for a transport company (Train, Boats, Flights). They have a few awards - eg travel industry awards. I`m looking for the best way to structure them. Do I put them under Service or Organization etc?
This question begins at 01:10:53 into the clip. Did this video clip play correctly? Watch this question on YouTube commencing at 01:10:53
Share on Twitter
Share on Facebook
YOUR ANSWERS

© 2020 Copyright dumbseoquestions.com - We could be useful to you.